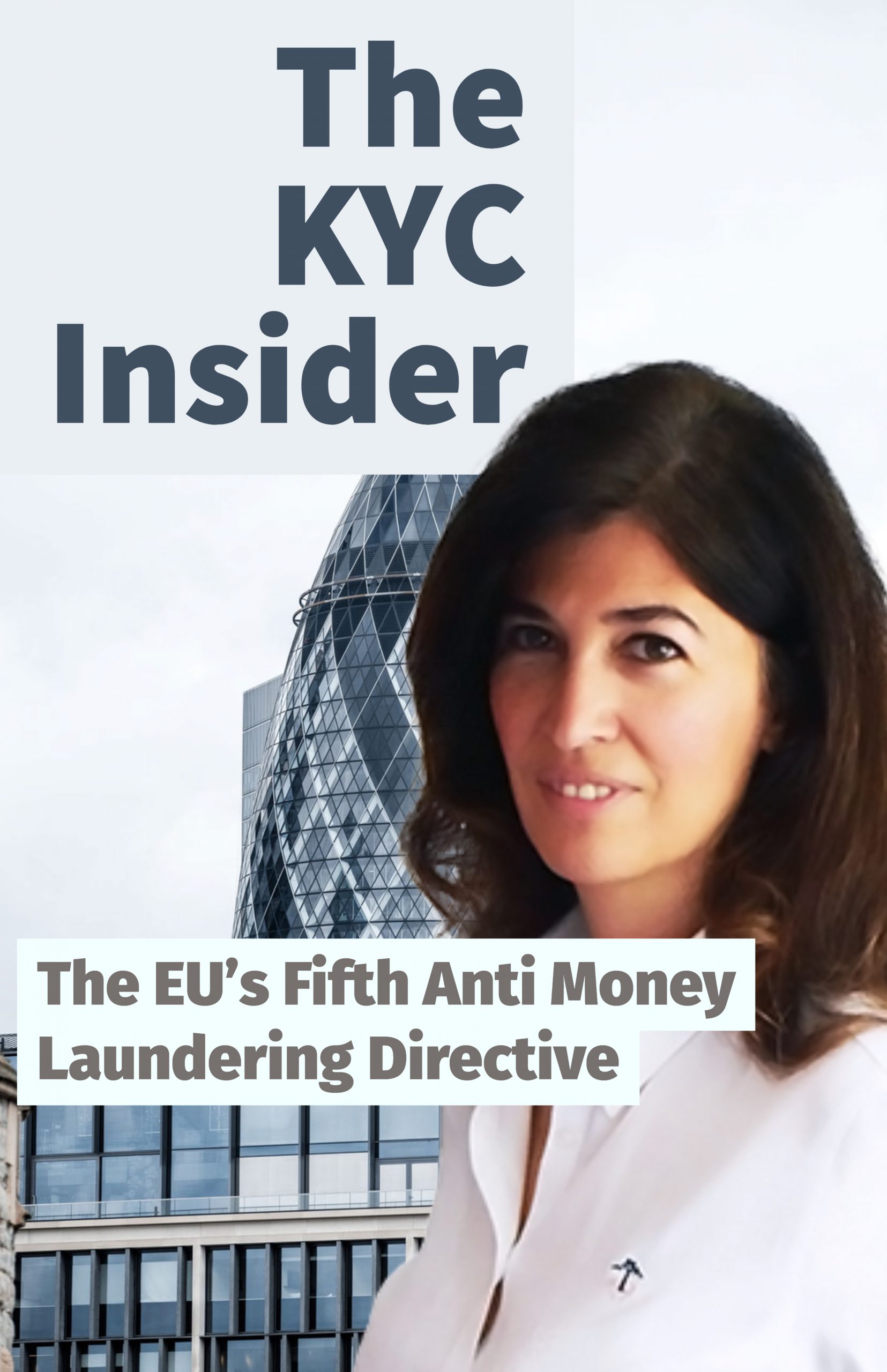 At the beginning of this year, the European Banking Authority (EBA) announced its new role to lead, coordinate, and monitor the fight against money laundering and terrorist financing (ML/TF) in all EU Member States.

The aim is to further support the deployment of a risk reduction package and implement global standards throughout the EU. Anti-Money Laundering (AML) is a key priority for the EU. A new Committee has been formed to align national AML supervisory authorities and produce a more harmonized approach to AML oversight and take necessary action against breaches.

On May 7th, the Commission’s executive panel released a draft plan to create a financial oversight position at the executive level to ensure money laundering and fraudulent activity is fought more efficiently over the EU’s 27 members. This proposal would give Brussels more power to ensure that financial oversight standards – and level of determination – are aligned across the continent. What is starkly different in this proposal is the goal of Brussels to acquire oversight and inspection rights in any country of the bloc.

Until now, member states have been responsible for such oversight, but problems with money laundering, extremist financing, and general inconsistencies with ability and interest between member states have persisted. Specifically, Denmark’s €220 billion Danske Bank scandal which funneled Russian organized crime money through their Estonian branch, mixed with the perception that organized crime will further exploit banking system weakness as the COVID-19 crisis further unfolds. It is the EC’s intention to have the plan go into effect in the first quarter of 2021.

Additionally, the EU has added 12 nations to their “blacklist” of financial risk nations. They include: Jamaica, Panama, Bahamas, Barbados, Botswana, Cambodia, Ghana, Mongolia, Myanmar, Nicaragua, and Zimbabwe. This brings the blacklist to a total of 22 nations across the globe. Enhanced scrutiny measures will begin in October.

A global focus on Ultimate Beneficial Ownership (UBO) transparency will come into action this year. The UK is set to introduce their UBO register for businesses by the end of this year and will introduce their own AML legislation bill. The United States continues to maintain its stand on AML and plans to introduce new Fintech regulation.

A sixth AML Directive (AMLD 6), which aims to further close any loopholes left in AML and CFT regulations with stricter compliance is also planned for implementation by December 2020. Reporting entities will be required to fully implement these laws by June 2021.

IDnow’s regulatory team has been ahead of this news, and a position paper has been conveyed to the aid of EC regulators on security standards remote Know Your Customer (KYC) identifications. With the pressures on the banking industry in the post-COVID world, IDnow believes that confidence in the industry comes through security. With our industry-leading product, we feel we are in a solid position to lend advice to regulators as this process picks up steam.

IDnow has been selected by The European Telecommunications Standards Institute (ETSI) to participate in a new task force through their Technical Committee on Electronic Signatures and Infrastructures (ESI). ETSI is a leading standardisation body recognised globally for digital signatures and trust services. Today, IDnow is now a member of Special Task Force 588 (STF 588), a project funded by the EU Commission. The exclusive group of specialists began work in April 2020 to address existing gaps in standards for identity proofing. The goal of STF 588 is to develop new standards and guidelines for e-signatures and related trust services.

IDnow is proud to be amongst the appointed experts contributing to STF 588 over the next year. As a leader in identity verification, IDnow will share its expertise on initial process for individual identity verification. These contributions will help produce and publish ETSI Technical Standard 119 461 on Electronic Signatures and Infrastructure (ESI) by July 2021. These policy and security requirements for trust services that issue qualified certificates will have wider application. Specifically, these standards can guide Know Your Customer (KYC) criteria and issuing electronic identity schemes (eIDs). This work further enhances IDnow’s support for greater regulatory and technical harmonisation in digital identity services.

As a mandate, STF 588 is addressing a significant gap in ETSI standards. This gap is due to an uneven transition of identification criteria from traditional face-to face verification to a digital identity process. The digital framework relies on proofing criteria similar to “physical presence,” but the mandate is not well-defined. Current standards do not offer adequate requirements on the quality of identity documents and procedures to carry out the proofing, nor do they define qualifications for the individuals carrying out verifications. As a result, this creates significant gaps in trust services across EU Member States. This is made evident through the uneven application of trust services and hinders the development of increasingly innovative solutions for remote identity proofing.

IDnow is proud to serve as expert on this task force. We believe that trust, reliability, and security are bedrock to addressing these issues securely in this rapidly growing sphere. Since our founding, we have worked closely with clients and regulators, fulfilling our mission to make the connected world a safer place. We are actively committed to reduce discrepancies between new technologies coming to the digital market and the availability of applicable standards in short order. To help standards bodies identify and respond to cyber risks in technology developments, IDnow has shared numerous studies and collected data with expert groups like the EC, ETSI, the FIDO Alliance on identity verification and authentication, and the Financial Action Task Force (FATF) working groups

Early last week, The Regional Council of Darmstadt (RP Darmstadt) announced it would continue processing sportsbetting licence applications, despite the April 1st court ruling to block issuing concessions to operators. While this is cautiously viewed as good news, operators remain skeptical that this will lead to quick resolution when it comes to existing controversy over heavy restrictions to upcoming licenses for sport, poker and casino offering online.

In early April, the Austrian bookmaker Vierklee, challenged the German sports betting license process as lacking transparency and showing favoritism to incumbents within the existing market. The presiding judge accepted these claims and halted the entire licensing process within days, agreeing that the RP Darmstadt licensing process lacked transparency, even calling the role of the state state committee, the Glücksspielkollegium, into question as unconstitutional.

Needless to say, the decision to halt the process left the question open whether the third (3rd) amended State Treaty on Gambling (which came into effect January 1, 2020) was still valid. This leads to a great deal of uncertainty for the remainder of this year and into early 2021. The question remains open with various interpretations that conclude the third treaty is “unofficially” dead, leaving operators to decide on which EC laws currently prevail over German gambling laws. The Third Interstate Treaty is set to be replaced by the Fourth (4th) Interstate Treaty, the Glücksspielneuregulierungstaatsvertrag, from 1 July 2021.

RP Darmstadt has made clear that these decisions will be appealed in the Kassel Administrative Court and will continue to assess the existing 60+ applications that have been submitted for a sportsbook license. The aim here is to ensure the licensing process stays on track should Darmstadt win the challenge against this court injunction. Operators have been warned that it remains unclear whether their appeal will be upheld and cannot be liable for any costs incurred during this uncertain licensing application period. The Council is accepting new applications and those operators that have submitted their applications are able to continue operating in the state for the time being.

The year began with important regulatory developments, such as stricter enforcement of mandatory Age Verification as part of the identification process that falls under Know Your Customer (KYC) requirements for obliged entities that must adhere to the German Anti Money Laundering (AML) Act. This includes all online gambling operators. Provisions under the amended AML Act, which came out in January 2020, further support the EU’s Fifth (5th) AML Directive from January 2020.

Background to a licensing regime fraught with controversy

Back in March, the heads of State approved legalizing online poker and casino games from July 1, 2021 and decided on a location for a new Federal Gambling Authority to represent all sixteen (16) states in Sachsen – Anhalt. The decision has been described as “surprising” because Saxony has the reputation for being more traditional and less accommodating to the digital gambling sphere. Furthermore, operators have continued to criticize the upcoming restrictions within the new licensing requirements.

For online sports betting, online poker and casinos, and online slots, the new treaty significantly reduces the number and types of bets. With sport’s betting, only live bets on the final result or “next scorer” will be allowed. The frequency of such events is relatively small for games within football, hockey, ice hockey, or volleyball. Betting on a next score in high-scoring sports like basketball might be prohibited altogether. These restrictions have been heavily criticized by associations like the Deutscher Sportwettenverband.

Consumer-friendly and consumer-protective regulation that have been introduced for the new treaty go beyond other Member State measures. The debate centers on how far such restrictions will drive the black market rather than curtailing illegal betting in Germany.

For Slots, this will mean they are subject to the €1 per spin stake limit, a 5 second spin time limit, and it must be offered separately to table games that offer no auto play functions. Prohibition will be placed on the ability play multiple virtual slot machines at the same time. They cannot be called “online casino games,” because it is reserved for table games. Minimum spin durations that already exist in land-based slot machines have received much negative feedback from players.

With online poker, there will be a set of mandatory limits on minimum stakes per hand. Additionally, a maximum for the amount a player can bet at a table, as well as a maximum on the amount of a buy-in for participating in a poker tournament will be put into effect. Playing multiple games at the same time will be prohibited. It will be up to the supervisory authority, which can permit playing four tables at the same time.

For online casino games, states will choose the type of license issued. A license can be either a joint venture between the State and operator, or individually private operators. Allowing States such veto rights could give State lotteries a monopoly over such products.

The mandatory deposit limit of €1,000 for all providers will remain in effect for the upcoming 4th gambling treaty. The limit applies to all licensed online operators, excluding land-based operators or the state-owned lotteries.  Operators will not be allowed to advertise between 6am and 9pm, which opens up further arguments that legal gambling offers will continue to lose out to the black market.

Striking the balance between protecting players and offering an attractive market for operators and players has not been Germany’s strong point and will continue to raise legal questions. The online gambling industry and service providers like IDnow are following the upcoming developments closely. Predictions for a growth in the black market are high. IDnow aims to do its part in contributing to solve technical requiremnts like Age Verification through effective and secure solutions.

The 4th treaty is set for an indefinite period that can be terminated by 31 December 2028, with amendments no sooner than 2024. 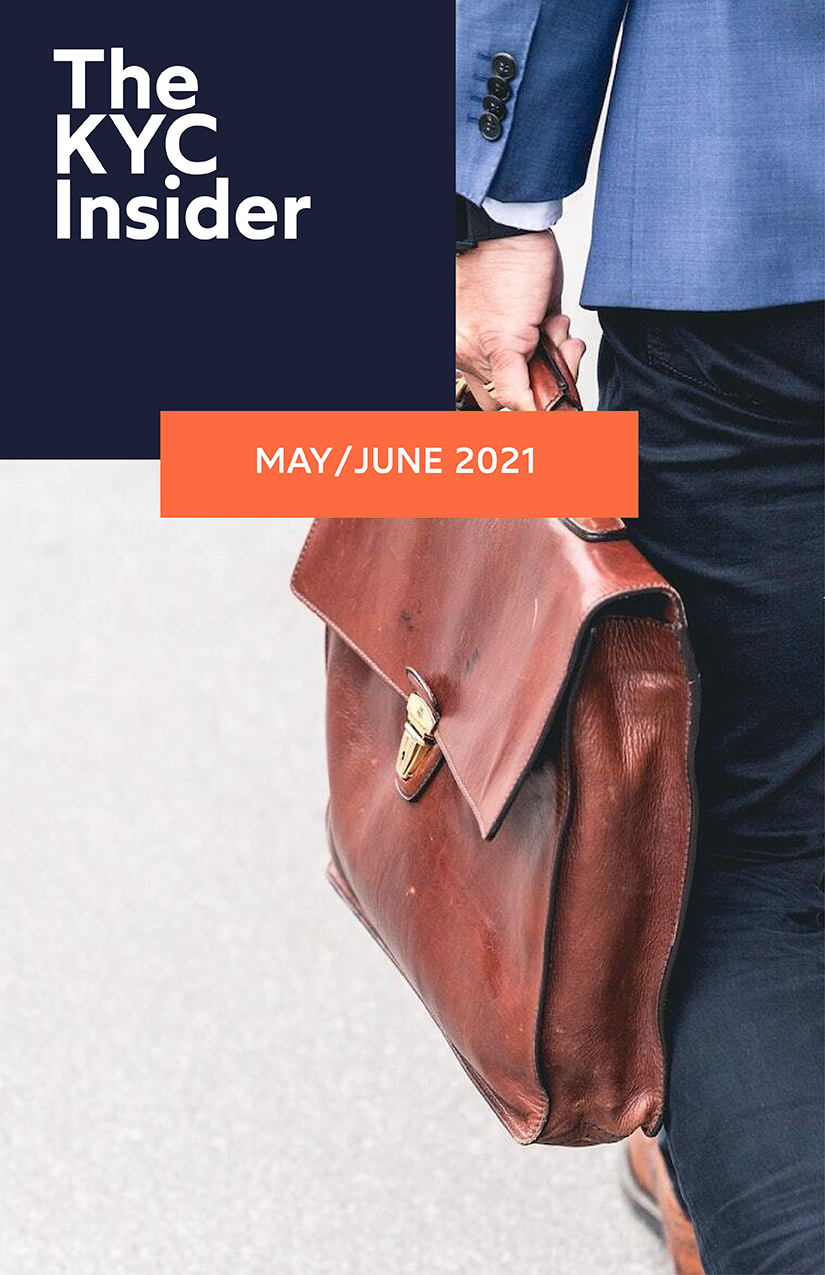